When your teeth are getting all of the attention, it’s easy to forget about your gums, but periodontal disease is a silent killer that can ruin an otherwise perfect smile. Sheida Mohammadizadeh, DDS, is an expert in treating periodontal disease, and she ensures that all of her patients at Orangecrest Family Dental Practice have healthy smiles that include stellar gums. To learn more, schedule a consultation at her office in Riverside, California, today by phone or online. 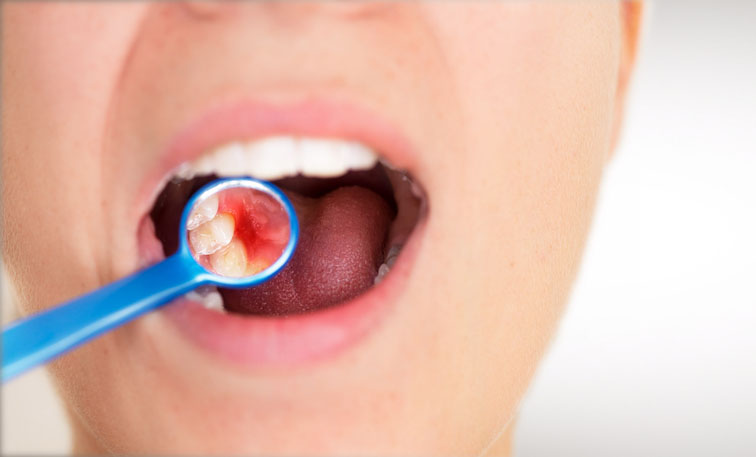 What is periodontal disease?

When you have gingivitis, the plaque and tartar on your teeth have just begun to irritate your gums, leaving them tender and swollen. Your gums might bleed when you brush or floss, but no permanent damage has been done yet, and the effects are reversible. If left untreated, gingivitis develops into periodontitis.

When you have periodontitis, your gums have become so irritated by the plaque and tartar buildup that they begin to recede from your teeth.

This cycle continues until the tissue and bone structures that hold your teeth in place slowly decay, leading to tooth loss.

Periodontal disease is the leading cause of tooth loss amongst adults.

What are the symptoms of periodontal disease?

Periodontal disease is known as a “silent killer,” meaning that its development can be incredibly subtle. Many people aren’t even aware that they have the disease until it’s already in its later, more damaging stages.

Nonetheless, some of the symptoms that you might notice include:

Even though you might not know about your symptoms until it’s too late, Dr. Mohammadizadeh precisely monitors the health of your gums during your routine dental exams and cleanings, which is why it’s so important to maintain regular appointments at Orangecrest Family Dental Practice.

How is periodontal disease treated?

If your periodontal disease is still in the gingivitis stage, Dr. Mohammadizadeh can treat it with dental cleanings. Your gums can recover on their own simply by removing all of the irritating plaque and tartar from your teeth.

With root planing, she smooths down the surface of your teeth, which makes it more difficult for plaque to build up and creates an easier surface for your gums to attach to.

Don’t wait until it’s too late. Give your gums the care they deserve by scheduling a consultation with Dr. Mohammadizadeh at Orangecrest Family Dental Practice. You book your visit by phone or online.